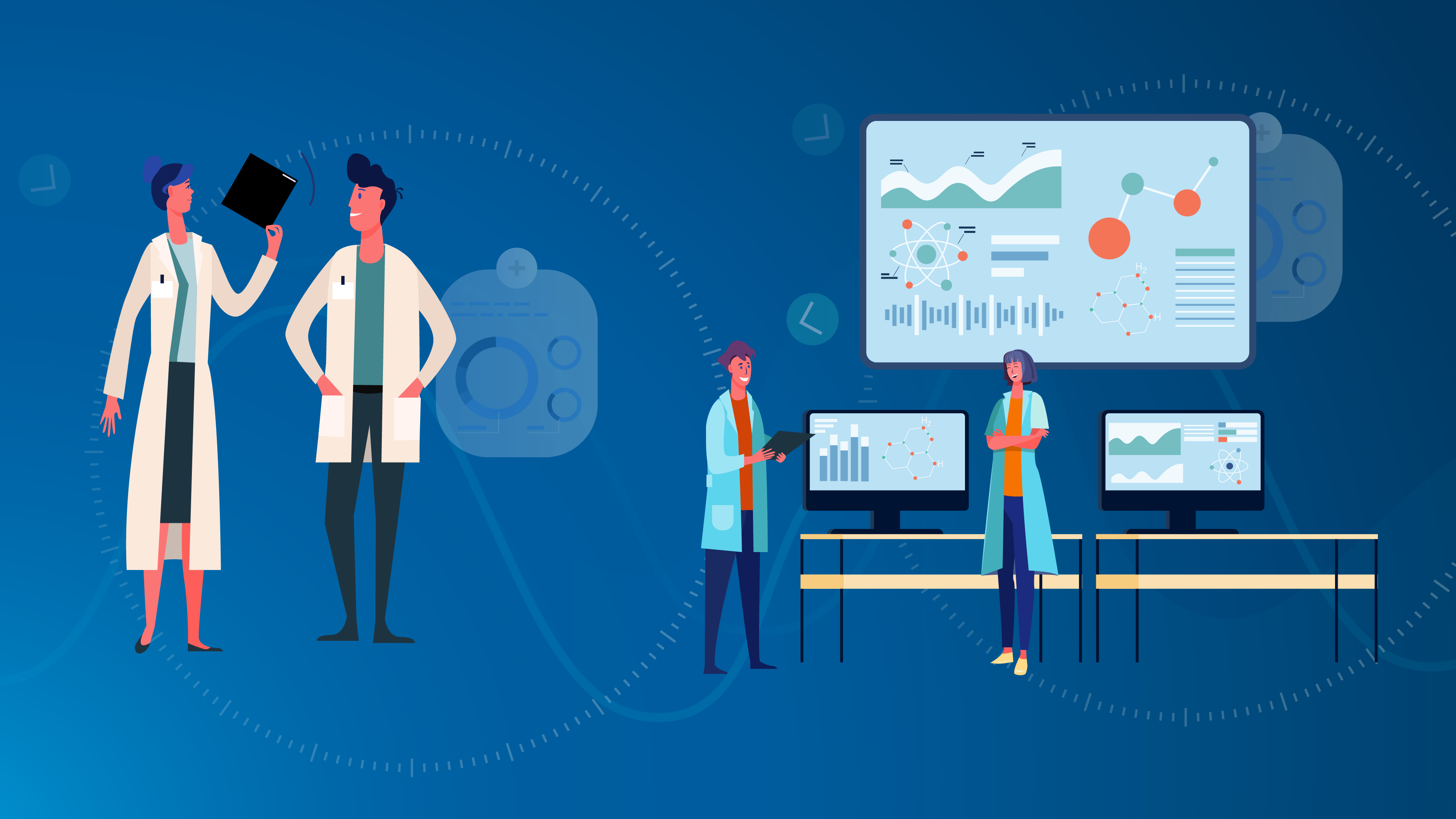 A ‘silent tsunami’ in rising seas: How climate change is threatening to worsen antimicrobial resistance

[Antimicrobial resistance] AMR is a silent tsunami. Decisive corrective actions are needed to avoid slipping backwards towards the pre-antibiotic age, when even minor infections and injuries often resulted in death.1
Vytenis Andriukaitis, European Commissioner for Health and Food Safety

Earmarked as a ‘silent tsunami’ because the general public is largely unaware of the threat, AMR could undermine pharmaceutical developments from the past century, potentially undoing decades of work in antibiotic development – and regression can be ill afforded.2

The World Health Organization (WHO) defines AMR as, ‘when bacteria, viruses, fungi and parasites change over time and no longer respond to medicines making infections harder to treat and increasing the risk of disease spread, severe illness and death.’3

AMR is a consequence of many factors, such as misuse and overuse of antibiotics; lack of access to clean, sanitary water and affordable medicine; and poor disease prevention and control in healthcare facilities.3

A low level of awareness regarding AMR among the general public is also seen as a factor. For the scientific community, it is different. They are aware of the risk, and for them, AMR is far from silent. Andriukaitis is not alone in offering a warning about the threat of AMR. In the UK, Dame Sally Davies, the former Chief Medical Officer for England, told MPs on the Health and Social Care Select Committee that drug-resistant infections should be recorded on death certificates to boost public awareness.4 In China, CK Lee from the WHO told the media that “population and geographical size make tackling AMR challenging.”5

The impact of AMR on mortality is also well understood. In the UK, a report published by Public Health England at the start of World Antimicrobial Awareness Week 2020 highlighted the increasing threat of AMR. It showed that there were an estimated 65 162 drug-resistant infections in 2019 (up from 61 946 in 2018), serving to demonstrate the upwards trajectory in resistant infections.6 Estimates suggest that AMR could account for 10 million deaths worldwide per year by 2050.7

In recent years, this has seen AMR placed among the WHO’s greatest threats to public health.8 However, the impact of AMR could be worsened by another factor, which ranked first place in the WHO’s 10 biggest global health threats of the decade: climate change.9

The impact of climate change on antimicrobial resistance

According to an article published in Microorganisms in 2020, climate change should be seen as a ‘threat multiplier’ of AMR.13 Increased resistance occurs because changes in temperature, caused by climate change, lead to thermal adaptation in microbes, leading to higher levels of AMR.13 In a world where climate action is needed, a rise in temperatures may lead to the further spread of infectious diseases that require antibiotic treatment in both human and animal populations.14

We spoke to Aliyar Fouladkhah and Brian Thompson, two of the authors on the Microorganisms paper, who said:

The mechanisms and make-up of antibiotic-resistant genes point in the direction the challenge may take in the future. These genes typically cluster together on small pieces of DNA that are referred to as plasmids or extrachromosomal material. Once a bacterium acquires resistance to one class of antibiotic, it can efficiently exchange small pieces of DNA with other bacteria, thus sharing antibiotic-resistant genes and developing resistance against other classes of antibiotics.14

Fouladkhah and Thompson explain that “you can think of antibiotic-resistant genes as tools that bacteria can share within and outside their species. We think it is fair to expect that these challenges could be associated with all classes of antibiotics in the future. As environmental conditions become more favourable for bacterial proliferation, the probability of a ‘sharing event’ occurring increases. In other words, when one bacteria species develops resistance to an antibiotic, it will be more likely to spread rapidly to other species under conditions of a warming planet.”14

Other studies of AMR have explored the specifics of local temperature increases. These studies detail the relationship between temperature increase and resistance, noting the impact each degree has. Research presented at the 29th European Congress of Clinical Microbiology & Infectious Diseases (ECCMID) in 2019 showed how this could be linked to AMR increases in bacteria. The results showed that every 1°C increase in temperature correlated to increases in resistance of 1.02 times for methicillin-resistant Staphylococcus aureus, 1.03 times for carbapenem‑resistant Klebsiella pneumoniae and 1.01 times for multidrug-resistant Escherichia coli.15

As troubling as these associations are, the bacterium that poses the largest challenge is carbapenem‑resistant Pseudomonas aeruginosa, which demonstrated a 1.02-times increase in resistance for every 0.5°C temperature rise.15

While antibiotic-resistant microbes pose a threat globally, the challenge will impact low- and middle-income countries (LMICs) disproportionately. This is consistent with the other effects of climate change.16 Lack of sanitation and infrastructure make AMR prevention a difficult challenge to address. For example, the WHO reported in 2016 that 38% of healthcare facilities in LMICs did not have any water source and 35% did not have water or alcohol-based hand rub for hand washing.16 Globally, climate change-effected ocean currents also have the potential to transport resistant genes and increase ‘sharing events’, a factor that means the threat for LMICs is higher again.17

Speaking about the ability of LMICs to address AMR, Dr Tina Joshi, Lecturer in Molecular Microbiology at the University of Plymouth, UK, said:

Developing sanitation infrastructure, testing capabilities and improving access to healthcare are clear ways in which populations can be safeguarded from AMR. The other issue here, of course, is that LMICs are often developing economies and, thus, industry is important for these countries to thrive. While this is to the country’s benefit, these industries contribute to climate change and temperature increases, so there should be sensitivity when attempting to address these problems. Not every country is developed and can afford to reduce its industrial CO2 outputs.17

It is a multi-faceted problem and, to make progress, steps need to be taken on several fronts. One key area is communication of the link between climate change and AMR – it is imperative that they are viewed as interlinked issues. Challenges in communicating AMR remain because projections and modelling are, inherently, topics that can encounter scepticism from some populations within the general public. Nonetheless, we have a tremendous opportunity to act preventively, rather than reactively, to infectious disease challenges.

The environment and the healthcare industry’s response

There are numerous methods being used to tackle AMR within the healthcare industry, and the importance of a healthy environment is becoming more widely recognised. A ‘One Health’ approach18 could mobilise preventative efforts against AMR and provide stewardship that takes ‘threat multipliers’, such as climate change, into account.

There are stringent environmental rules in some countries, such as China and India, which have reduced the release of antibiotic effluents. For example, in January 2020, the Indian Ministry of Environment, Forest and Climate Change announced a world‑first antibiotic pollution ruling on effluent limits.19 The standards ensure that pharmaceutical factories have limitations placed upon the amount of antibiotic waste discharged into the surrounding environment.19

The task of addressing AMR is one that needs to be tackled on several fronts in conjunction with the multiplying effects of climate change, which are increasing thermal adaptation in microbes and driving AMR. There is a wealth of research on the disproportionate impact of climate change on people in LMICs, and steps must be taken to protect those affected. With evidence of some tangible, proactive methods being taken to address AMR and climate change, it is clear that efforts are already underway. Yet, the scale of both global challenges – climate change and AMR – means that more needs to be done.

At Alpharmaxim, we have extensive experience in helping speciality healthcare companies across the world communicate with HCPs and patients, particularly in rare diseases. We are passionate about helping our clients tell their stories and fulfil their promises, and we aim to make a real difference to patients, families and healthcare professionals.