Reversing dementia: One of the major challenges left to medicine

Nina Kureishy is a Medical Writer at Alpharmaxim Healthcare Communications

Prevalence of dementia in the UK

The brain deterioration mostly affects older people and is rare in people under 65 years of age. Dementia is not a specific disease but a set of symptoms that generally includes memory loss, disorientation, confusion, problems with communication, changes in mood/behaviour and difficulty in performing familiar tasks.

Such symptoms are often frustrating for the patient, who may eventually lose all independence. Individuals with dementia often experience social isolation and feel cut off from their community; however, having dementia should not mean living an isolated life.

The main economic burden relates to looking after those affected, with costs continuing to rise as the number of people with dementia increases in an ageing population.

Thus, challenges persist as families, caregivers and healthcare professionals cope with the increasing, and often overwhelming, emotional and physical burdens of disease, which are factors that are often overlooked. This year, the aims of Dementia Action Week (20–26 May) are to increase awareness of the growing need for action on dementia and to improve the lives of those affected.

Alzheimer’s disease is the most common cause of dementia; others include vascular dementia and dementia with Lewy bodies. In Parkinson’s disease and Huntington’s disease, dementia may not necessarily develop. Currently, there are no treatments that can stop or reverse the progression of dementia.

Despite relative underfunding, significant progress has been made in understanding the pathophysiology of dementia. In Alzheimer’s disease, damage to the area of the brain responsible for laying down new memories leads to deterioration of this function. Levels of acetylcholine, a neurotransmitter essential for processing memory and learning, are also abnormally low.

Furthermore, accumulations of beta-amyloid peptides between neurones form plaques, and tau proteins inside neurones form tangles, disrupting or even blocking neurotransmission. In contrast, vascular dementia is characterised by reduced blood flow to the brain due to diseased blood vessels, often arising from stroke or atherosclerosis.

Less money is spent on research into dementia than cancer, cardiovascular disease and stroke, yet dementia is one of the main causes of disability in later life. The area is underfunded considering the growing burden of disease, indicating an unmet need.

In dementia with Lewy bodies, multiple areas of the brain are affected by abnormal alpha-synuclein aggregation, leading to problems with thinking and movement.2 Such deposition also occurs in Parkinson’s disease, in addition to the loss of dopamine-producing cells, which are critical for central nervous system functions.

Current treatments only serve to improve symptoms and brain function. Levels of brain neurotransmitters can be boosted to enhance communication between neurones, improving memory and judgement.2

For Alzheimer’s disease, acetylcholinesterase inhibitors can prevent the breakdown of acetylcholine and increase communication between neurones. 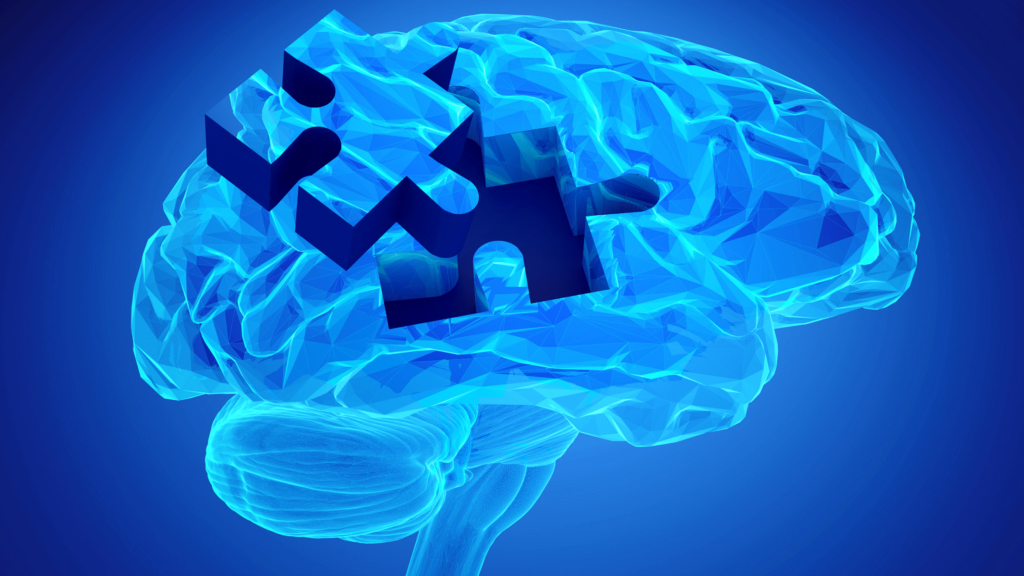 For Parkinson’s disease, dopamine levels may be increased to stimulate areas of the brain where levels are low. In contrast, the treatment for vascular dementia aims to treat the underlying conditions, such as high blood pressure, high cholesterol and diabetes.

In this case, drugs for cardiovascular disease that relax the blood vessels of the brain, thereby increasing blood flow, are commonly used.

Other generic treatments include those for depression, anxiety and the symptoms of psychosis, with a view to combatting behavioural symptoms. It is paramount that patients are regularly monitored in order to identify the treatment that works best for them.

Presently, there are more than a hundred drugs being explored for Alzheimer’s disease alone.

There is an ongoing drive of research to discover biomarkers of disease. Studies at the University of Manchester, focusing on Alzheimer’s disease and Huntington’s disease, have compared levels of metabolites in the brains of people with and without disease diagnosis, in an attempt to identify people at risk of disease development, thereby facilitating early treatment.3,4

Another stimulating story relates to a woman having the ability to detect Parkinson’s disease through smell. Scientists, with her help, have now been able to identify specific compounds on the skin of people with the disease. These biomarkers could lead to the development of a detection test for early diagnosis before debilitating symptoms begin.5

Strategies adopted by biotech companies to tackle dementia have included utilising the body’s own immune system to target the implicated proteins with the intention of eliminating them. Other strategies have used anti-amyloid monoclonal antibodies or gamma-secretase inhibitors to reduce plaques.6 However, despite their effectiveness in reducing toxic protein levels, such therapies do not improve cognition, which raises pertinent questions about why these drugs are failing.7 Are the drugs targeting the wrong pathological substrate? There is increasing evidence that tau pathology is a better indicator of cognitive impairment than beta-amyloid lesions.

Has the (iso)form of the targeted protein and its interaction with other proteins been considered? Has the dosing been optimised? Is the pathology already too advanced and the treatment therefore too late? Would prevention trials be more apt?

Despite the high failure rate of drug development, there are many lessons to be learned from past trials as we enhance our understanding of the exact molecular pathways involved in the cause of dementia. Importantly, this knowledge, as well as the government’s commitment in 2018 to double dementia research funding by 2025, should help speed up the search for more effective solutions, offering the hope of success.